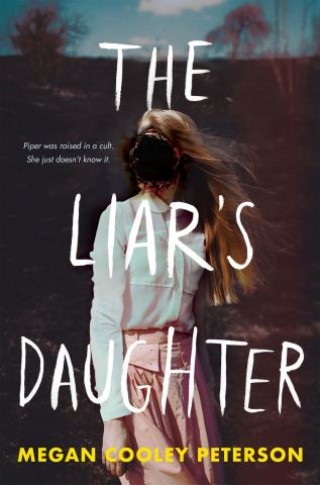 Piper was raised in a cult.
She just doesn't know it.

Seventeen-year-old Piper knows that Father is a Prophet. Infallible. The chosen one.

Until the day he doesn't. Until the day the government raids the compound and separates Piper from her siblings, from Mother, from the Aunts, from all of Father's followers--even from Caspian, the boy she loves.

Now Piper is living Outside. Among Them.

But Piper knows better. And Piper is going to escape.

Megan Cooley Peterson: Megan Cooley Peterson is an author, editor, and coffee drinker. As a teenager, Megan was part of a repressive, cult-like doomsday church that didn't like to be questioned. She questioned anyway. The author of more than 80 nonfiction books for children, she has written on a wide variety of topics, including dinosaurs, sharks, urban legends, and haunted objects. This is her first YA novel. She lives in Minnesota with her husband and daughter. Learn more at megancooleypeterson.com or connect on Twitter @meganncpeterson.