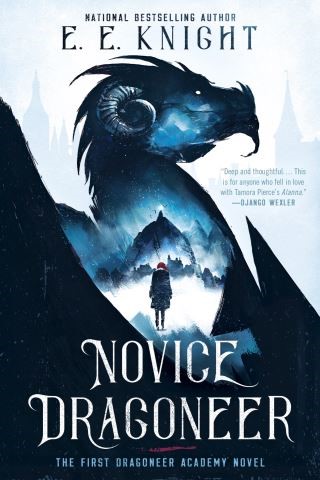 In the first book in an exciting new coming-of-age fantasy series from the author of the Age of Fire series, an impoverished girl enters into a military order of dragonriders, but her path won't be as easy or as straightforward as she expected.

Fourteen-year-old Ileth grew up in an orphanage, and thanks to her stutter was never thought to be destined for much beyond kitchen work and cleaning. But she's dreamed of serving with the dragons ever since a childhood meeting with a glittering silver dragon and its female dragoneer. For years she waits, and as soon as she is old enough to join, Ileth runs away to become a novice dragoneer at the ancient human-dragon fortress of the Serpentine.

While most of her fellow apprentices are from rich and influential families, Ileth must fight for her place in the world, even if it includes a duel with her boss at the fish-gutting table. She's then sent off to the dragon-dancers after a foolish kiss with a famously named boy and given charge of a sickly old dragon with a mysterious past. But she finds those trials were nothing when she has to take the place of a dead dragoneer and care for his imprisoned dragon in enemy lands. . . .

E.E. Knight: E. E. Knight was born in Wisconsin, grew up in Minnesota, and now calls Chicago home, where he abides in domestic felicity with his family and assorted pets. He is the author of the Age of Fire series and the Vampire Earth series.