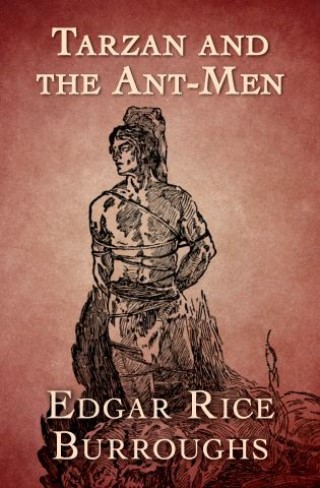 Tarzan and the Ant Men

In his biggest adventure yet, Tarzan discovers a land of ant-size people—and after getting caught up in their war, is shrunk down to their diminutive stature.

Though chief of the Waziri and lord of a vast African estate, Tarzan has not lost his taste for adventure. While flying a biplane above his beloved jungle, he discovers a mysterious land previously unknown to him: the isolated country of Minuni, inhabited by a race of tiny, warlike people. Exploring this fascinating new landscape, Tarzan soon finds himself embroiled in an ongoing battle with the Minunians. But when he is captured, a Minunian scientist shrinks the ape man down to their miniature size. Now he must not only escape his dungeon prison but also find a way to regain his position as king of the jungle.

First published in 1924, the tenth novel in the Tarzan series is considered one of Edgar Rice Burroughs’s best works, essential reading for any fan of classic fantasy adventure fiction.