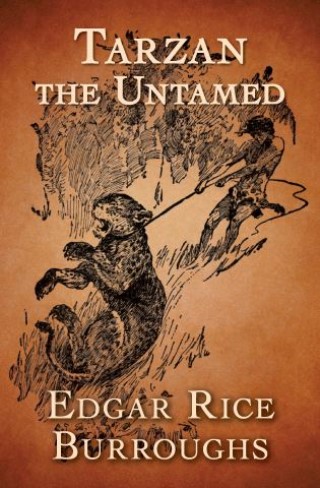 As WWI breaks out in Africa, the ape man must avenge a brutal attack on his home, in this 1920 adventure novel from the original Tarzan series.

The violence of World War I has spread into colonial Africa, and while Lord Greystoke—better known as Tarzan—is away from his estate, it is destroyed by German soldiers. When he returns to the burned remains of his home, Tarzan discovers what appears to be the body of his wife, Jane. Brokenhearted and mad with rage, he heads to the battlefront to seek his revenge wreaking havoc on the Imperial German Army.

With a ferocious lion at his command, Tarzan’s vengeance is soon complete. But even as he swears off civilization and returns to the Mangani apes of his youth, he finds himself embroiled in the fate of a mysterious woman taken prisoner by a band of deserters. Choosing once again to help those in need, Tarzan will learn his adventures have only just begun—because Jane may still be alive.