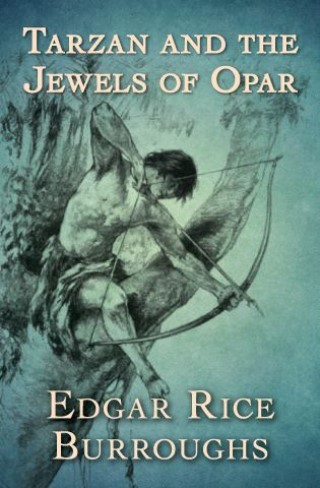 Tarzan and the Jewels of Opar

Tarzan sets out in search of treasure—only to lose his memory—in this thrilling adventure novel in the original Tarzan series.

When Tarzan returns to Opar to claim its lost treasure, he knows he must once again confront the beautiful and vengeful Oparian high priestess, La. But he will soon discover that even more dangers await him: Following his trail to the lost city is Belgian criminal Albert Werper. And when they are all caught in an earthquake, a blow to the head leaves Tarzan with amnesia.

With no memory of his former life—or the worth of the “pretty pebbles” he has collected—Tarzan joins with Werper in escaping from La. Meanwhile, Werper’s partner kidnaps Jane. Even as she executes her own daring escape, her life will be in danger unless Tarzan recovers his true identity.